In the October issue of Estonian magazine Teater.Muusika.Kino an article by Madis Nurms about color stereotypes can be found.  The article looks into the color conventions in representing the popular characters in the contemporary productions of nineteenth century opera. In other words: the tendencies of costume designers to pair certain colors with particular roles.

The article investigates the relation between the stock characters and colors used to represent them. The main question is: are the colors there for a reason – are they necessary for the audience to somehow decode or comprehend the characters?


The practice of Regietheater has accustomed the European audiences to the fact that in the contemporary opera productions directors use their freedom to experiment with all the aspects of the work. Modern creative teams often considerably change the way an opera is staged in a fashion which may be remote from the creator’s original intentions. That usually includes altering the musical structure, voice types in casting, time and location of the main events etc. In this light, it is especially surprising to find that the relationships between the characters and colors used to represent them in costumes are remarkably stable and even otherwise experimental production teams are not keen on changing them.

The aim of this article is to research these conventions in costume design, defined in this work as color stereotypes. The research focuses on contemporary representations of female figures from nineteenth century opera. So the main subject of research is the concurrences between the typical stock characters found in the romantic period operas and the colors that costume designers use to portray them today.
Stock characters are stereotypical fictional characters that appear with periodic consistency in literary sources or folk traditions and are therefore easily recognizable by the audience (Baldick 2008: 317) For example one of the reoccurring stock characters in the nineteenth century opera is an emotionally fragile woman who loses her mind (found in “Lucia di Lammermoor”, “Tsar’s Bride”, “I puritani”, “Hamlet” etc.) and there is a clear preference to dress these characters in white. As another example sexual and/or femme-fatale characters also typical to the period (Carmen, Lady Macbeth, Delilah, Salome) are usually dressed in red or black. Characters that fit the preconception of self-defying victim (Gilda, Mimi, Liù, Rusalka) are mostly seen by costume designers in different shades of blue etc.


The article explores the conventions of using color in the contemporary productions of the romantic operas. Could the presence of these stereotypes be proven by using statistical data? And if so, can costume designers derive from them without damaging the audience’s perception of characters or the narrative of the opera? Can the playful nature of Regietheater be expanded onto the field of costume design – can the designers really get away with experimenting with color? 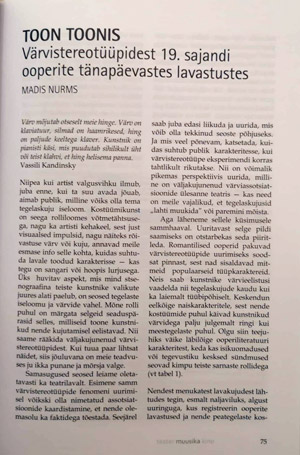 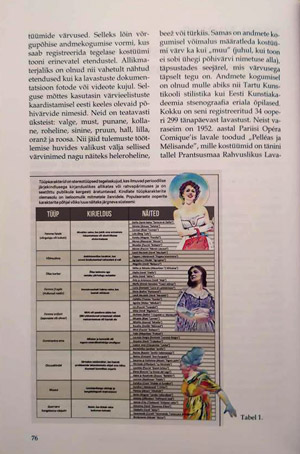 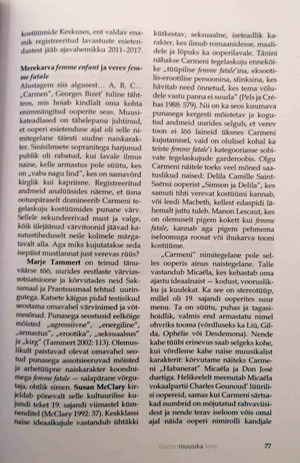 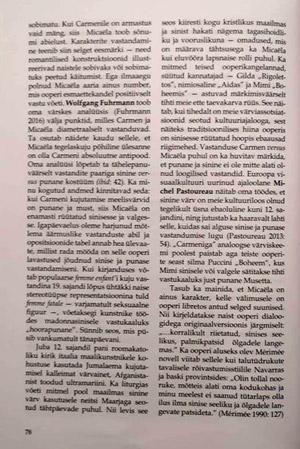 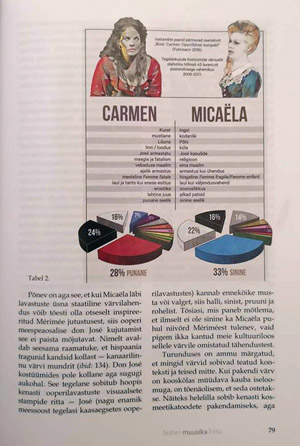 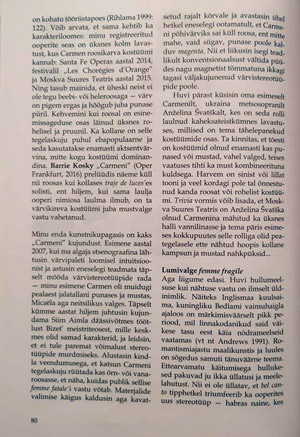 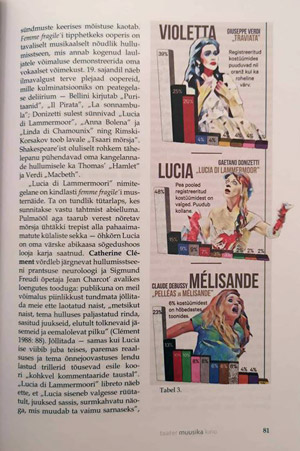 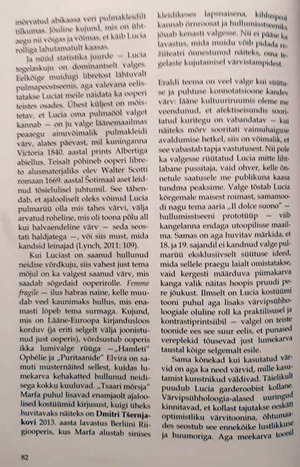 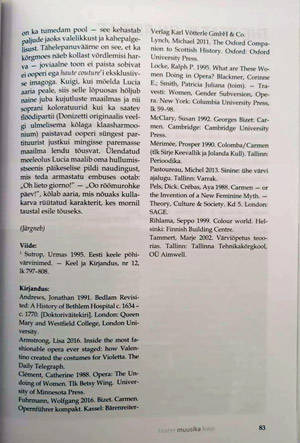 The hypothesis of of the author is that color stereotypes are fundamentally linked to the typical features of certain roles and changing them has an immense effect on perceiving the role This can in turn be used in a positive way – an stock character can be made less stereotypical simply by changing these conventions. At the same time going against the color stereotypes can possibly be seen as a double-edged sword that can also be misused by costume designer – it can alter the character beyond recognition.

If you would like to participate in researching the color stereotypes you can do so by taking one of the tests below: